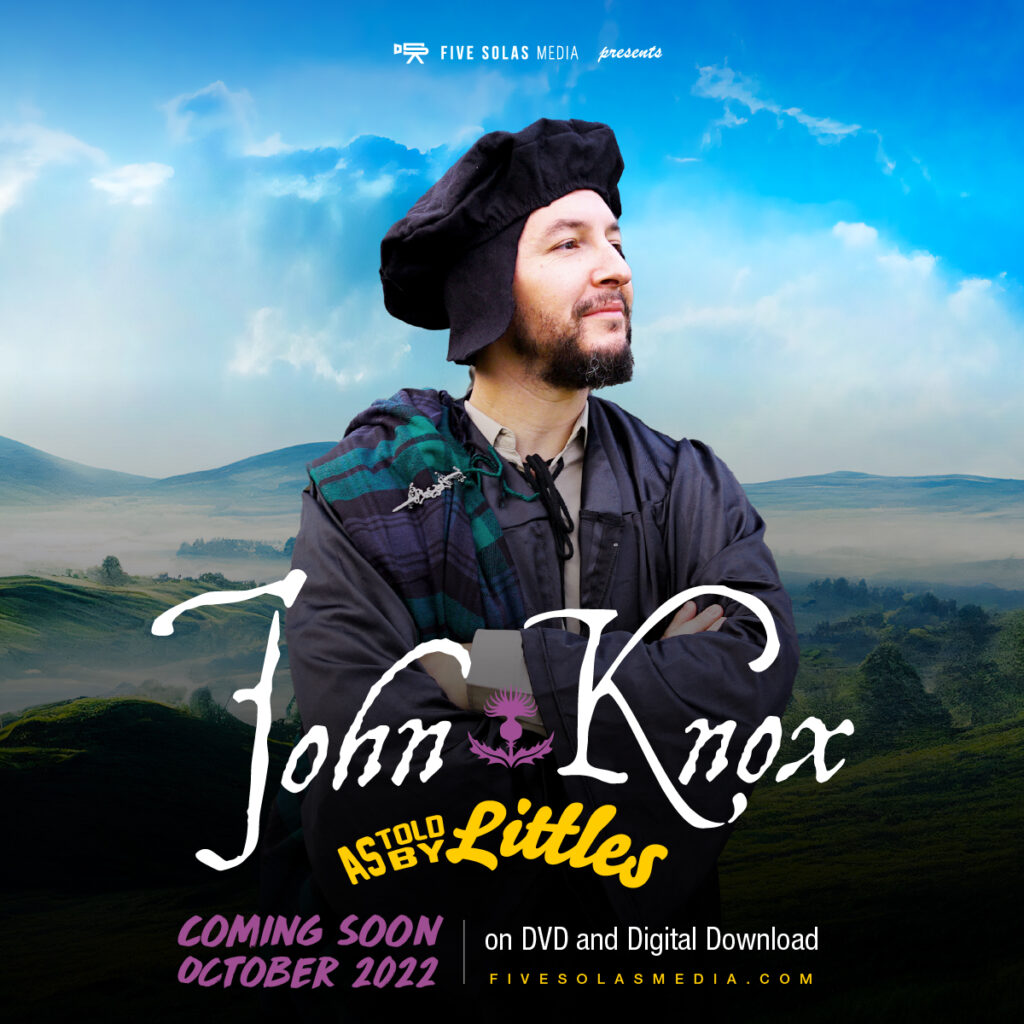 Stick with us to the end of this post, and you will get to see a sneak peek of a scene from the new film!

We are in the thick of the post-production process of our new film, John Knox: as told by Littles.  We thought we would share some of the excitement with you!  Our daughter, Madelyn, wrote a bit about pre-production and our son, Jackson (our original narrator), put together a behind-the-scenes montage.  Stick with us to the end of this post, and you will get to see a sneak peek of a scene from the new film!

Madelyn is our middle child, only daughter, and is now our new narrator. She helped quite a bit with the preparations, making and shopping for props, costume design, and organization. Here is how she explains some of that process:

“A week before we shot the John Knox as Told by Littles movie, my mom and I made a special Costume Book for the costume assistants. By making that book, it would be way easier to gather costumes for each scene. We laid out a big white piece of fabric on the floor, and then set down John Knox’s costumes for each scene, and we took photos of them. We did that for every single character! It took a long time, but it was worth it! Later, my mom printed out the photos, and we put graph paper in a binder. We taped each photo to a piece of paper, and wrote the scene above it and who needs to be in that scene.“

It takes an immense amount of work to make a film, even if it is only 20 minutes long!  The preparation for our main filming day was like prepping for a big event, several times over.  On August 6, we arrived at Benedict Castle at 6:30 A.M. and finally wrapped up everything by 9:30 PM.  There are many things that have to be coordinated on a production day including the actors’ and crews’ schedules, props, costumes, camera gear, meals and snacks just to name a few.  Our main actor, Brad, stuck with us for the whole day—quite a commitment!

Over 20,000 steps on our fitbits later, we filmed most of the scenes in one day.  We scheduled a couple shots at the beach for the next week and asked for extras.  A good amount of extras showed up and even helped us carry our equipment and costumes through a tunnel of water, up the beach, and over sandstone rocks and back!  It was worth every bit of it and it was encouraging to see others we had never met before excited about the film!

We asked our children to help us document our shoot for us with their camera. Our son, Jackson, put together this short video which captures the scope and fun of what a film set is like.

Post production started after we wrapped our principal photograph in early August.  This process is a lot of work! Not only do we need to sort through hours of footage to find the best shot, we have to make sure our actor voices are in sync with the pre-record kids’ voices. This is no easy task and it takes quite a bit of editing to make it all work!  We are also working with other talented artists in the process as well. Once again, Nathan Ludim, is composing and recording an original music score for us. Plus, we are working with professional VFX artist, Jordan Wright, to create so exciting digital effects in our movie. We are still in the post-production process, but even in the midst of all the work, we are getting very excited about the release of this film!

So, without further ado, we want to show you a sneak peek of a scene from our film!  We hope you enjoy!  Please share with your friends, family, church members, homeschool co-op buddies, coworkers, anybody!

Preorder your copy of John Knox: As Told by Littles today!

How can you support us?

You can pray for us. We are getting up early every morning to work before our job and homeschooling kids. Pray for God to sustain us! You can support us by donating to our nonprofit here, or visit our shop and support us by buying our film and merch here. You can also spread the word! We know that word of mouth is the best way to spread the news about our new film, so share this post or our social media posts far and wide!

Get updates and learn from the best 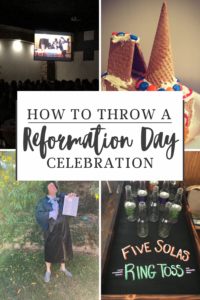 How to Have a Reformation Day Celebration

Do you know what happened on October 31, 1517– nearly 505 years ago? Do your kids know?  What about your church? As Christians, we have something 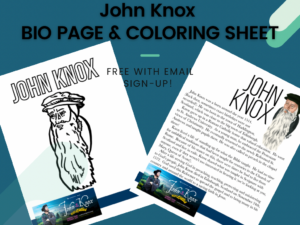 To celebrate being SO CLOSE to finishing our John Knox: as told by Littles film, we want to offer a free printable set of a